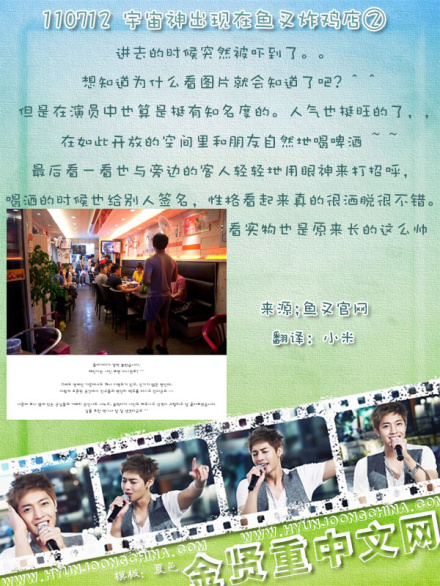 110712 God of Universe appeared at Jaksal

I got a fright when I first entered (Jaksal)..
If you wish to know, when you see the photo, you will be able to know why?
But he is considered to have quite a high profile amongst the actors. His popularity is also quite high, at such an open place drinking beer with his friends~~
Finally, after looking, HJ also said 'hello' to the customers around by looking at them with his eyes.
While he was drinking, he also gave others his autographs, his personality seemed like he could really take it easy, really not too bad.
Looking at him in person, he actually looks so handsome.
Posted by mslee1107 at 12:58 AM