New update! Please read..for all Henecians and fans of Hyun joong here in the Philippines.


the first update was about 300people only( originally, it was 500)..but there is a new(another) update from TRINOMA! and they are adding another 100 so it is going to be 400 people that will have a chance to HIGH FIVE KHJ!!! pls read the second update below...
don't get confused okay?:))

So apparently, there has been change of plans of the number of people. Instead of 500, 300 people will only be accomodated... hmmmm.... 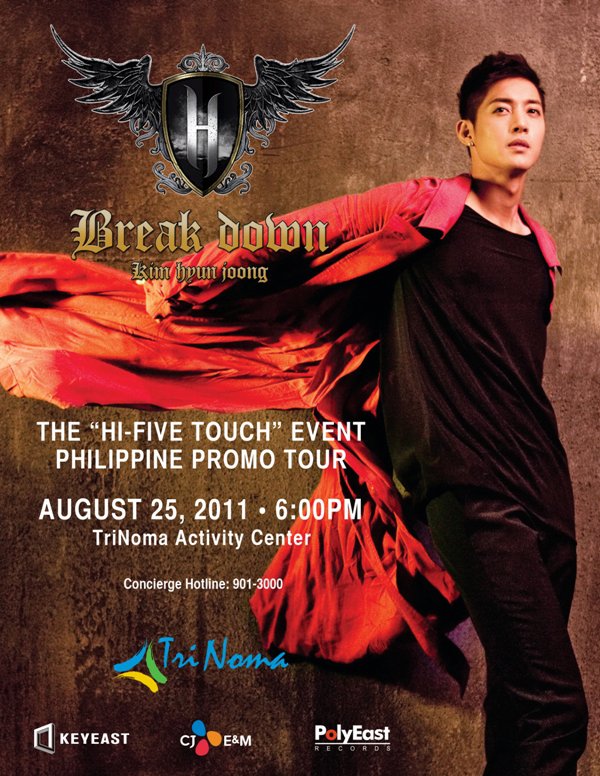 
another response from TRINOMA regarding the KHJ High Five event! posted @ Trinoma@facebook jsut an hour ago...