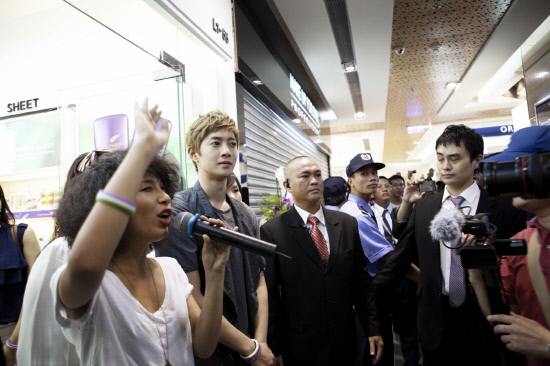 Hallyu star Kim Hyun Joong captured the hearts of 2,000 fans who awaited his arrival in Vietnam.
Kim Hyun Joong, who’s currently in the midst of promoting his album across all of Asia, flew into Vietnam at 10:30am on August 10th. 2,000 fans waited for his arrival at the airport and screamed havoc once he stepped off the plane.
In response, Kim Hyun Joong smiled and waved at the girls, and made his best effort to greet as many of them individually as possible. There were enough fans at the airport to block street traffic, and Kim Hyun Joong’s vehicle couldn’t leave the airport premises for quite some time. The news of his arrival spread quickly and the Vietnamese media couldn’t get enough of him. 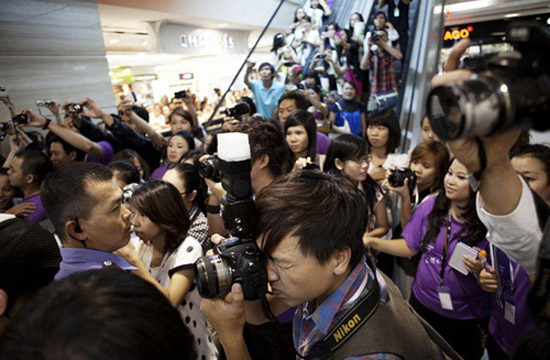 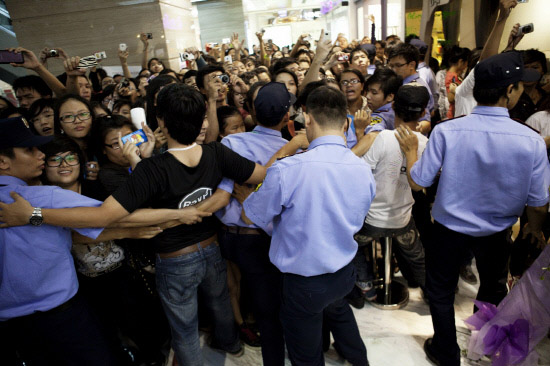 The next day, he sat down to conduct formal interviews for Vietnamese newspapers, magazines, and TV programs. The media was extremely interested in him as he was asked in-depth questions about his current album, and the next steps he plans to take as an entertainer.
He then made his way to Vincom Plaza to visit The Face Shop for which he is the model for.
Kim Hyun Joong plans to visit most of Asia during the month of August, including Japan, Taiwan, Malaysia, Thailand, and the Philippines.