Get ready Kim Hyun Joon fans because the hallyu star may be coming to a city near you when he sets off on his Asia fan meeting tour this spring.
Kim will traverse the continent to greet his Asian fans beginning in May, and fans are already buzzing at the news. 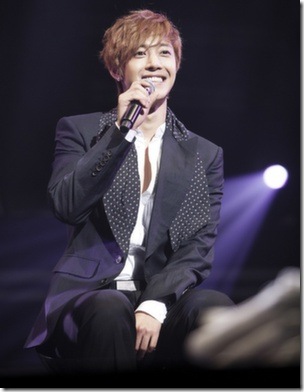 A source from Kim’s agency said, “Fans have already begun to flood us with inquiries since hearing the news about Kim Hyun Joong’s Asia fan meeting.”
Kim is expected to kick off the tour in Singapore before making stops in Hong Kong, Taiwan, China and Thailand, among many other Asian countries.
Chairman Shin Je Kwang of Kim’s agency, Key East, said, “Kim Hyun Joong received a lot of love from Asian fans, winning four Yahoo Asia Buzz Awards, since wrapping up a successful fan meeting last year.” He continued, “We planned this fan meeting in order to return the favor to the fans. We are trying our best to prepare [what we hope will be] the greatest gift for the fans.”
Photo credit: Key East