When A Man Loves - First Impression on the Drama

When A Man Loves piloted Wednesday this week, April 03, 2013. Predictably, the ratings was not so high, as it was on the same night, TWTWB aired their final episode. It's understandable that the drama which will end will have more  viewers glued to the screen, waiting how it will finished.

But it's alright.  When I watched WAML the following day with it's English sub, I was not disappointed. Once again, my drama addiction was fed. My first impression...interesting! Though it reminded me of East of Eden, Song Seung Hun's previous drama which I remember gathered awards and recognition. He played rough character there also. But, I love him playing a tough guy. He is so manly and it suited him.

I have never watched Shin Se Kyung in a drama before. She looks so young opposite SSH, and though many questioned the chemistry, I see something developing in here, as the drama goes on. They both look good on screen together. And I see that she is trying to match SSH in every scene they were in. I will be really looking forward to the story and how it will develop. 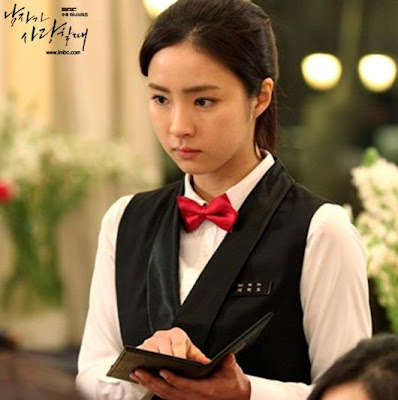 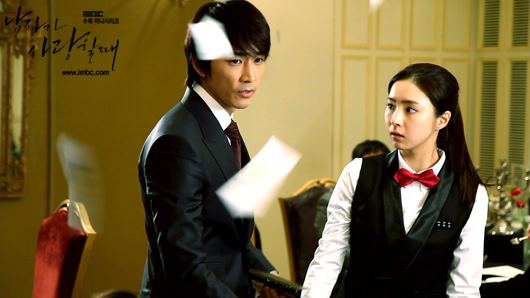 I like the pace, somewhat fast and it doesn't linger on unnecessary scenes. It's a melo drama, but I am hoping for something that will pinch my heart rather than see the actors crying non stop at every scene.

When A Man Loves is a beautiful title because it already gives me a clue of what SSH's character is about. A man who will fall in love, or may I say, falls helplessly in love. To be honest, I am not reading the whole synopsis of the drama. But I read somewhere that what I expected was not to be, because, there will be twist in the story involving this four lead actors and actress. it's like she loves him, he loves her and she loves someone else. This should be exciting. How Han Tae Saeng's love for Seo Mi Do will be reciprocated and when. 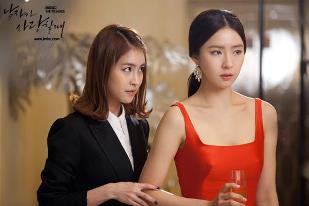 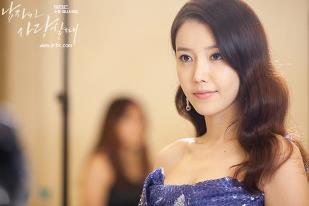 Seo Mi Do's character is a feisty young woman who has a lot of pride due to dire financial situation. She does not break down easily. I love this kind of character, because it will be her strength during tough times and trying moments. While Han Tae Saeng was helplessly left by his own mother and I believe he has a dongsaeng, a brother. I am still at a loss at what happened in his family, why his boss kept on saying his mother is a flirt.

For now, I will say that as I watched the final minutes of episode 2, I was feeling left on a cliffhanger. I am anticipating already next week's episode and wishing it came fast and soon. I'm hoping that writer Kim In Young will not disappoint me. Have yet to watch her dramas, though, but looking at how the two episodes were written, well, I'm satisfied. I believe that the writer will make or break this drama and hoping that as a viewer, my expectation will be reached if not exceeded.:))

official photos via When A Man Loves FB page