MBC TV Wed-Thu drama ‘When a Man Loves’ has revealed photos on April 23rd from its upcoming episodes for this week. The photos depict the sweet second date between Song Seung Hun and Shin Se Kyung as they painted their own porcelain dolls, and created a moving moment for viewers.
In the upcoming episode, Seo Mi Do (Shin Se Kyung) witnesses the violent nature of Han Tae Sang (Song Seung Hun), with the latter having a previous background with the mafia, and shows her huge displeasure at the truth. But after learning of Tae Sang’s true feelings for her, Mi Do wears the couple ring that he gave her, as a necklace and heralded at the start of their romance.
The photos depict Mi Do and Tae Sang going on their second date after ascertaining their feelings for one another. They meet at a cafe that allows one to personally paint their own porcelain dolls, and the photos depict them sitting beside one another, as they focused all their attention on their craft, and displaying the happiness befitting of any couple in love with each other.
The expressions painted on the porcelain dolls interestingly reflected the personalities of Mi Do and Tae Sang in the drama, and attracted the attention of many who have seen the photos.
The production team expressed, “In the upcoming episodes, Tae Sang and Mi Do will go on a special date, and exhibit their romance to the extreme. In addition, Mi Do will also be revealing the special name that she will address Tae Sang by, and many viewers are already curious about it.”
By: Kwak Hyun Soo
Copyright@KpopFighting.com 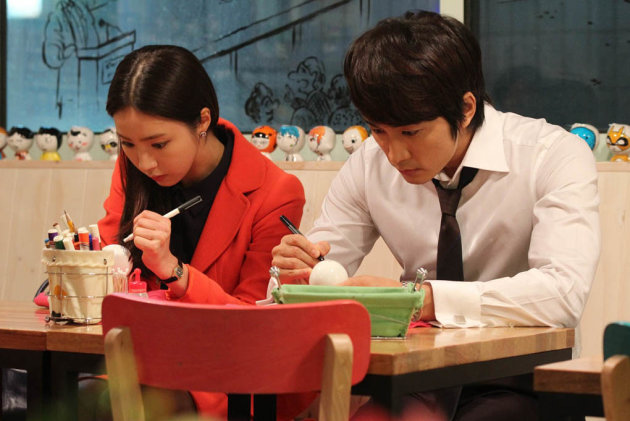 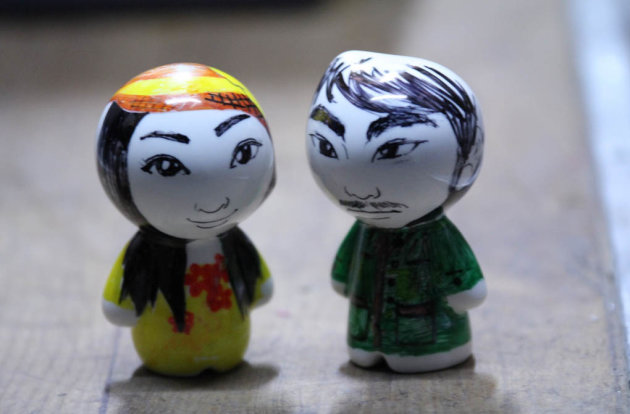