I Miss You, The Next Winter Sonata?

After the success of the drama I Miss You from MBC which ended this January 2013, it is now being shown in Japan, only one of the countries that has purchased the rights to air the drama. And reports are saying that it is very popular there. 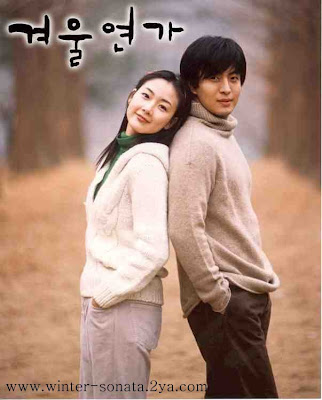 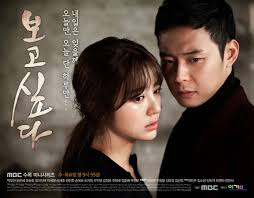 Now I remember Winter Sonata which swept the country a decade ago and news is saying that I Miss You may become the next Winter Sonata. Wow, this is awesome news for the team behind I Miss You and of course the actors who gave the drama a great performance. Yoon Eun Hye and Park Yoo Chun will surely be loved more by the Japanese fans for their portrayal of Han Jung Woo and Lee Seo Yoon respectively. I watched Winter Sonata back then and tears rolled down my face at the love story of BYJ and CJW as Kang Joon Sang and Jong Yoo Jin. Then when I watched I Miss You, I also teared a lot at the fate of Han Jung Woo and Lee Seo Yoon.

With a lot of k-dramas that had and has been aired in Japan, I Miss You is really fortunate to be named as the next Winter Sonata.


Japanese Officials Compare ′I Miss You′ to ′Winter Sonata′

I Miss You has just started airing in Japan, but already its popularity is being compared to the Winter Sonata boom that swept the country.

A drama official recently told enews, "Reactions are so explosive that some Japanese officials have been saying I Miss You may become the next Winter Sonata."

I Miss You is currently airing in the hallyu channel DATV, and will soon also start airing in a main channel. This is a surprising feat considering how Japan has been cutting down on Korean content on its main channels following the two countries′ political strifes.

Winter Sonata also initially aired on cable, and after gaining popularity, made it into the government-run broadcasting station NHK to cause a great boom across the country.

The official quoted a local official to have said that "if I Miss You starts airing on a main channel, it will go the way ofWinter Sonata."

"Park Yoo Chun is very popular in Japan, and Yoo Seung Ho has also been gaining popularity as the next generation hallyu star, while Yun Eun Hye is known through her role in Coffee Prince. Hallyu fans have especially been showing great interest," the official added.

"I Miss You has even been receiving love calls from America and Europe," the official said. "Park Yoo Chun′s popularity overseas is unimaginably great. We′re first preparing to go to America."

I Miss You is a romance that stars Park Yoo Chun, Yun Eun Hye and Yoo Seung Ho.