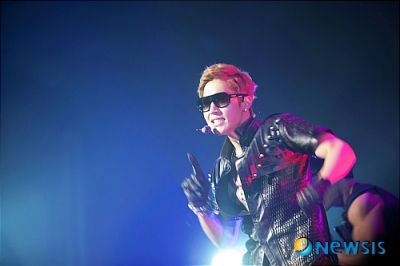 On the 29th in the afternoon, Kim Hyun Joong had a splendid performance on the stage, together with 1800 fans and 200 reporters in the audience at Tokyo Odaiba.

For this showcase, because there are more than 10 times the number of fans who wanted a ticket to attend this concert, this has indeed brought Kim Hyun Joong’s high popularity in Japan to light.
During the 1 hour showcase, Kim Hyun Joong revealed that “because of the many love that he has received from the Japanese fans for his solo album and to give something back to the fans, there has been ongoing plans of a tour around the whole of japan”.

The Japanese fans who were present at the showcase left comments on his Japanese mobile site, such as “This was really a magnificent performance, with great acoustic effects and everything else made the event such a satisfying and successful one”, “Hyun Joong’s dance and singing during the showcase was so handsome and it showed him at his best” .

Kim Hyun Joong is staying in Japan on the 2nd of August for a ‘Playful Kiss’ event and he will be busy with several newspaper and magazine interviews as well.

Meanwhile, Keyeast revealed that Kim Hyun Joong’s Japan tour is in the midst of planning and will be “around November in 7 cities, starting from Osaka, Sapporo, Sendai, Hiroshima, Yokohama, Nagoya and Fukuoka”.